DryBlast is a complete range of SOL technologies, products and services for cleaning surfaces using dry ice: it is a simple, ecological, non-abrasive and economic system. It is based on the use of a high-speed jet of tiny cylinders of solid carbon dioxide (dry ice) and compressed air. The cylinders, also known as DryIce pellets, generally have a diameter of about 3 mm and an operating temperature of about -78°C. They sublimate (pass from the solid to the gaseous state) extremely quickly, vanishing directly into the atmosphere without leaving residues whilst removing the layer of dirt from the treated surface.

Moreover, compared with the use of solvents and chemical products, DryBlast technology leaves no residues of potentially dangerous products on the surface of equipment and plant, which thus remain substantially unaltered even after hundreds of applications. 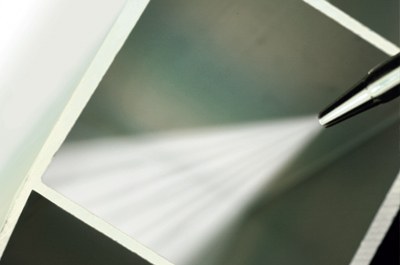